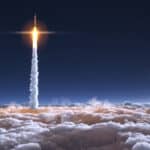 Economists and analysts often throw around insanely large numbers. In particular, they do this in areas such as government debt and spending. “Trillion” gets tossed out in conversation as if anyone can truly grasp its size. We know what it looks like written out. It’s a 1 with 12 zeros behind it: 1,000,000,000,000. It doesn’t […]