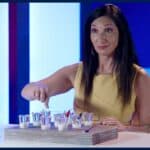 Table of Contents Just a Quick Intro Nomi Prins and her team at Distortion Report have released a new promo campaign for a special report called Liquid Energy: The #1 Stock for the $130 Trillion Energy Revolution. In this report, Nomi details a small $4 stock primed to explode in value as an estimated $130 […]

Table of Contents Just a Quick Intro  Jim Rickards and his team at Jim Rickard’s Strategic Intelligence have released a new promo campaign for a series of 4 special reports. In these reports, Jim describes Joe Biden’s steps to kill the U.S. dollar and replace it with a Biden-Bucks-based economy. The economics guru recommends his […] 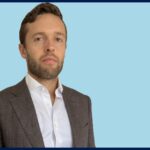 Table of Contents: Alex Reid and his team at Wealthpin Pro have launched a new promotional campaign for a special report featuring a stock primed to skyrocket in value in the future Fuel revolution. According to Wealthpin Pro’s “Ride the Future Fuel Revolution for Life-Changing Gains,” one stock is best positioned to benefit in the […]